Photo of the Day, Chasing Tomorrow 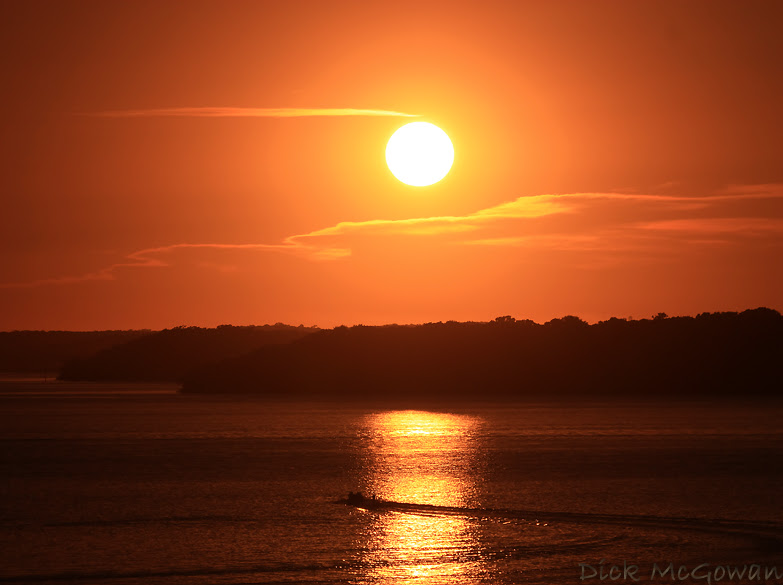 I'm really running out of photos to post for this daily thing already, or ones I think are good enough to make this...but here's one I took a month ago out on the Clinton Dam near Lawrence, Kansas. I haven't taken hardly any photos in the past two weeks, haven't really had the desire to.

Tomorrow looks good for chasing in Western Kansas, and I'll likely be chasing it depending on tonight's runs. At worst, it looks like a good supercell or two somewhere in extreme Western Kansas. I'll just be glad to be back out on the road and that feeling you get in your stomach before a chase...
Written poorly by: DM at Thursday, July 30, 2009 No comments: Links to this post

Storm Photos of the Day

June 20th, Near Princeton, Kansas. Dealt with fog on my lens quite a bit, was a real bitch to keep off. 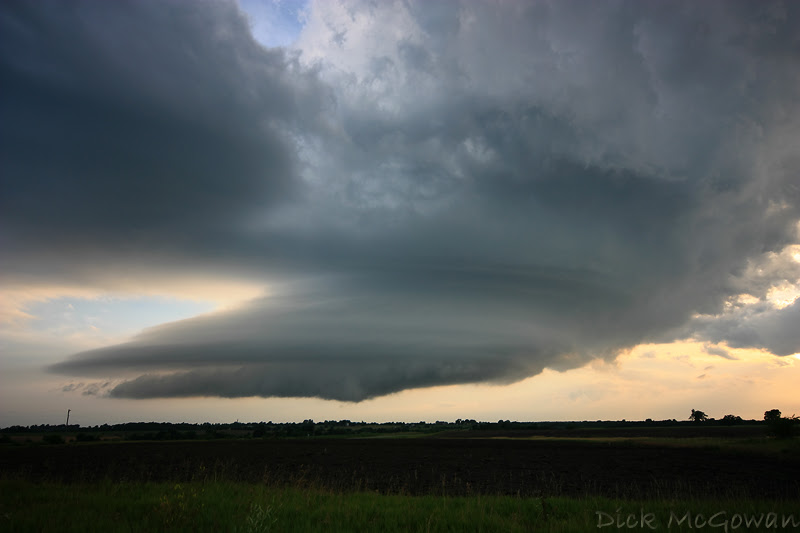 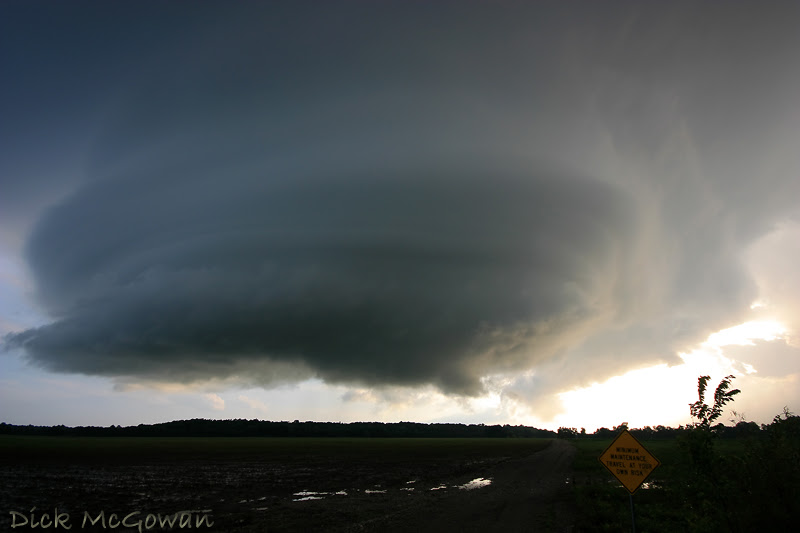 Photo of the Day 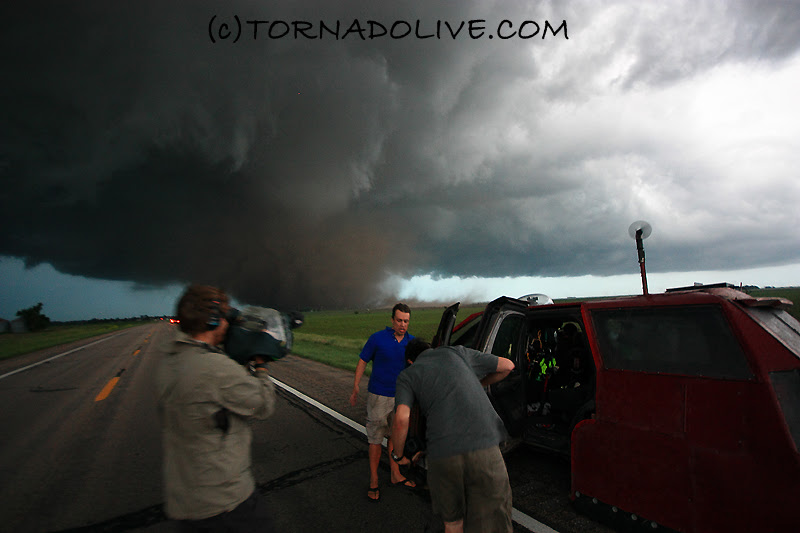 Storm Photos of the Day

June 7th east of Savannah, Missouri, tornado-warned storm. No tornadoes, gigantic hail larger than softball was witnessed in Oregon, Missouri about 30 minutes prior. 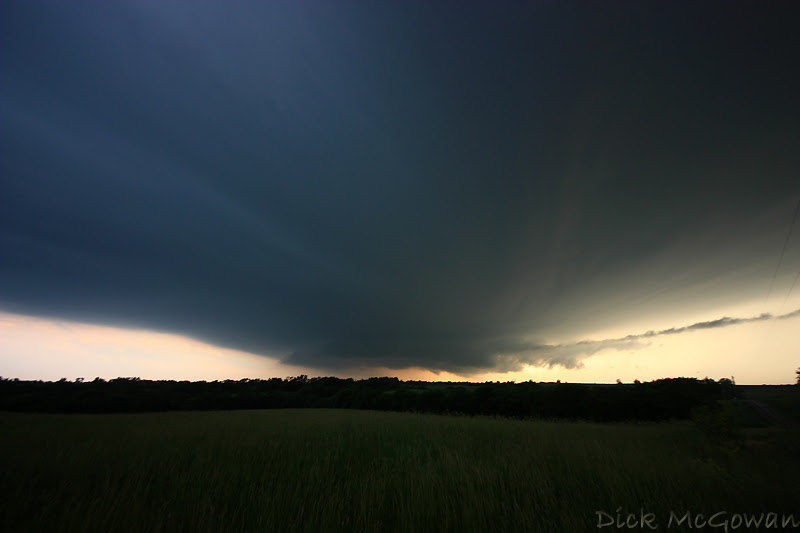 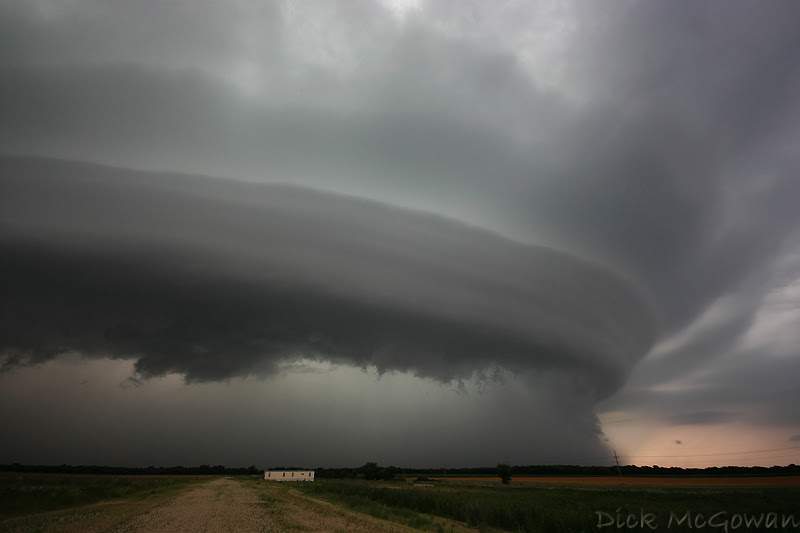 Storm Photo of the Day/Week 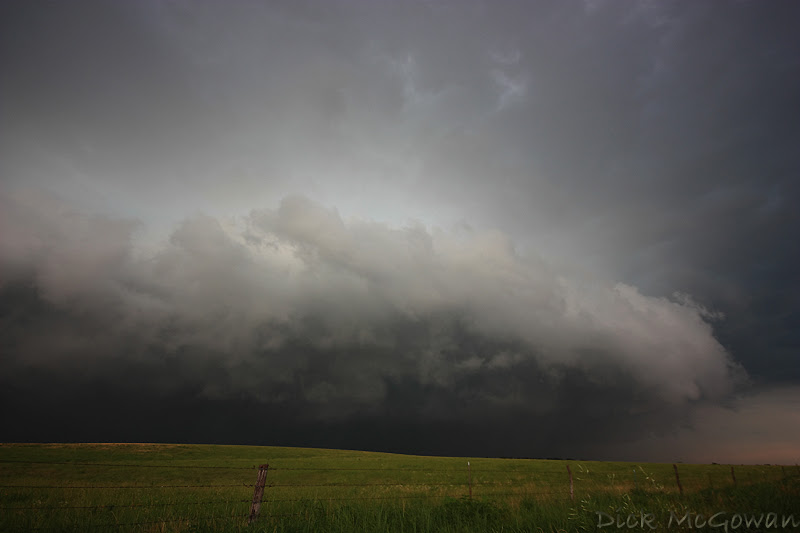 I figured since I'm not fond on writing or summarizing much, I'll keep the blog updated with a new picture or two of storms I've photographed this year either daily or weekly (likely in between). When more time allows, I'll write more if I find the time or will.

July 8th south of Garnett, KS. I made it south with under 60 seconds to spare watching rainbands scream ahead of me and kicking up a lot of dust along the gust front, which is unusual given the amount of vegetation/tree cover this time of year in E. KS. I drove back through the area I escaped from and found 20+ powerlines down or snapped, a straw field completely flattened and numerous old trees snapped due to 80-100 mph straight-line winds along US 169 for about a 2 mile stretch. I reported and was in contact with the TOP NWS several times, debunking public reports of strong rotation in the storm. I could barely stay ahead of this thing as it moved due south at almost 50 mph. Left it near Mildred, KS and made it back to Olathe by 6 and went fishing. NWS damage survey and info is here. 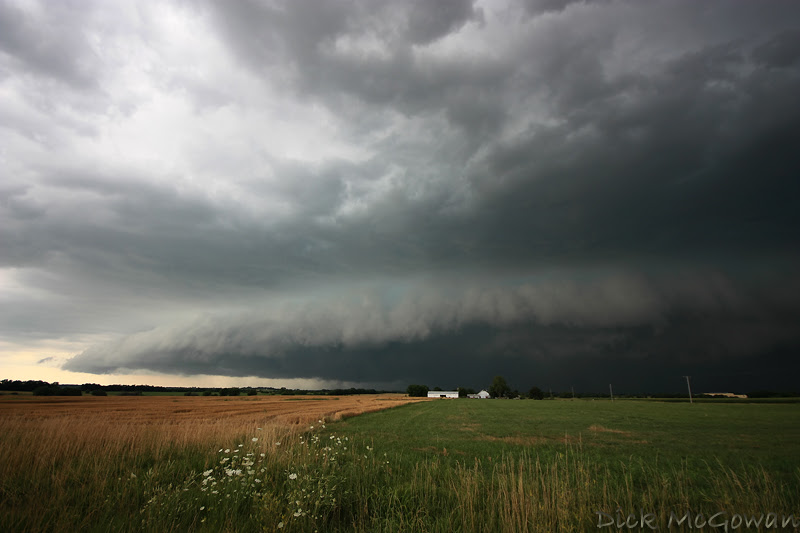 On June 20th, a warm front extended over parts of Central Kansas during the day with a lot of cloud cover and convection still ongoing from the warm air advection regime the night before, so I held little hope in chasing this day due to extensive cloud cover limiting instability, but the shear looked great for C/E. Kansas. With yet another cap bust in Iowa 2 days prior, and still high off of the June 17th Grand Island/Aurora supercell and tornado, I blew the day off for the most part. Darin, on the other hand, didn't and intercepted a storm that trekked from Wichita to where he intercepted it near Emporia. He called me telling me the structure was amazing, then called back again to say he saw a brief tornado...which I relayed to the NWS in Topeka. I then flew out the door and intercepted it near Princeton. I could see a funnel cloud off to my SW, so I again called the NWS in Topeka and gave them the play-by-play as it unfolded. At one point, the funnel extended 7/8ths of the way down and I was sure there was ground circulation somewhere and it warranted a brief touchdown report. As I was on the phone, I told the gentleman to hold on, so I could get some proof and by that time, it had began to rope out and formed a new area of rotation just to the east. That's where this video starts.

A couple of pictures of it shortly after the video: 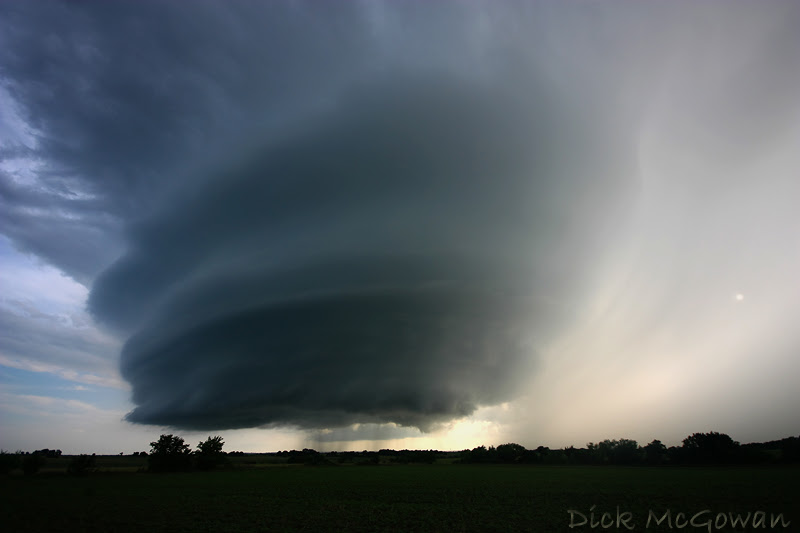 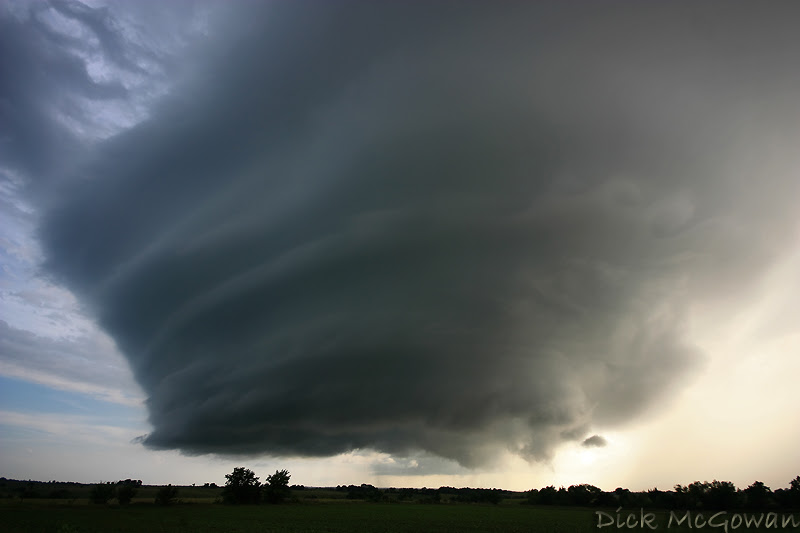 And then as it weakens towards sunset: 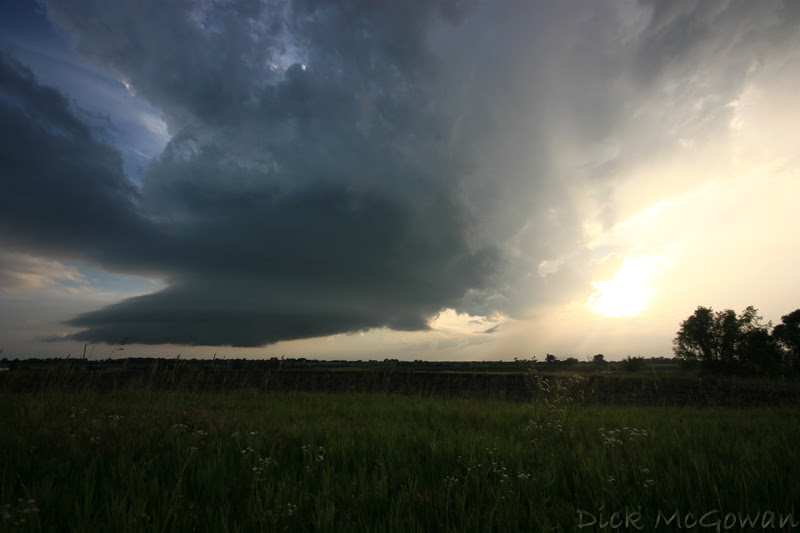 A few pics of a wall cloud that I was 99 percent sure was heading towards being outflow dominant on June 15th (video is in my previous blog entry below). Taken west of Kinsley, Kansas. 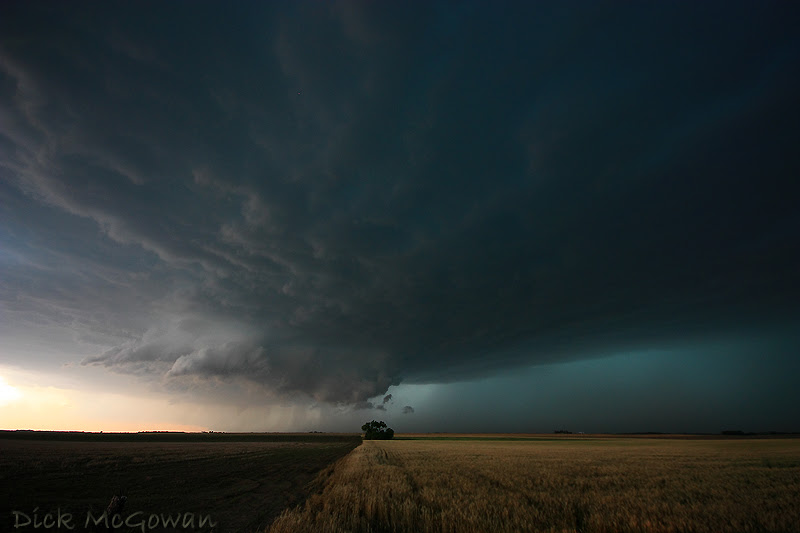 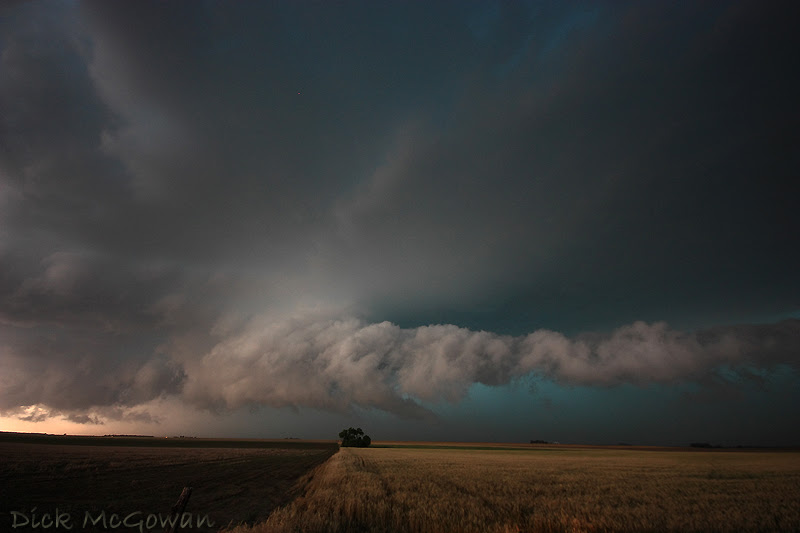 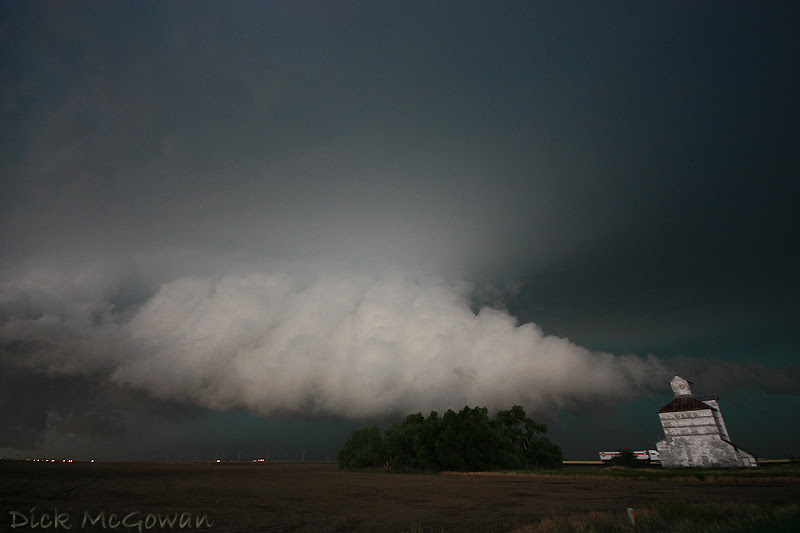 And finally, more June 17th Aurora Video and another photo, below. Next year, I plan on owning the Canon 5D Mark II with an assortment of "L" quality lenses so I can get around the noise factor and shoot higher quality photos. Darin is planning on purchasing the Sony FX1000 for better low light and higher quality video. More blog entries coming and additional photos I've yet to process sometime this summer.

This is a timelapse (and damage footage) of the Aurora Tornado shortly after the first video I posted in my previous blog entry. 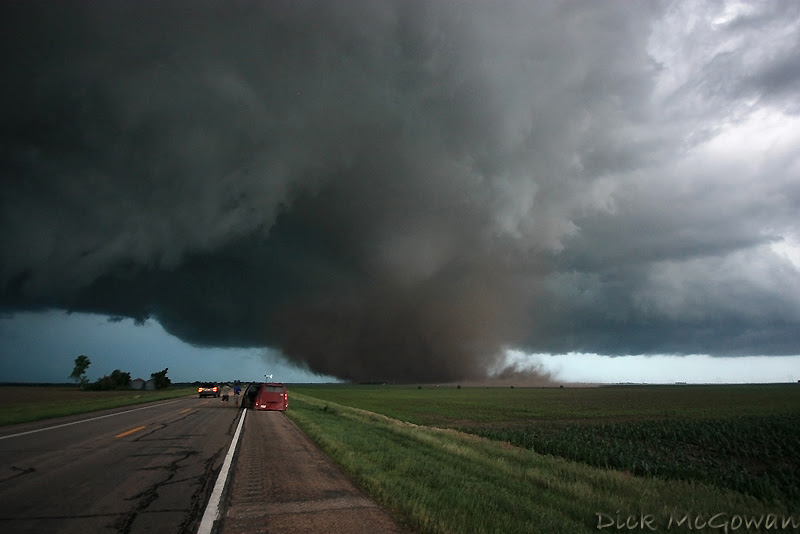