Shot these back on the 9th/10th and was one of the rare chances I've had shooting lightning (and nothing spectacular either). There never seemed to be a night where there were training storms around the KC-Lawrence area where I could go out and shoot for hours like there was last year...and if there was, I couldn't either shoot or the lightning was embedded within the rain cores.

To me, shooting lightning really takes no skill at all, other than keeping the rain off of your lens (which was tough this night as a small amount of mist would require me to wipe it off after each shot). I just judge the brightness of the bolts and how close they are, stop it down as desired (these were between f/5.6 - 9.0 on Tv mode), then fire off 30 second exposures. If you're lucky enough to not have any rain, then you could use a cheap shutter release cable, then set your camera to continuous shooting. And having that thing on, you could just walk away as it fires 30 second exposures off, continuously, so you don't miss a bolt. Luck and the right storms are what makes great lightning photos, great. 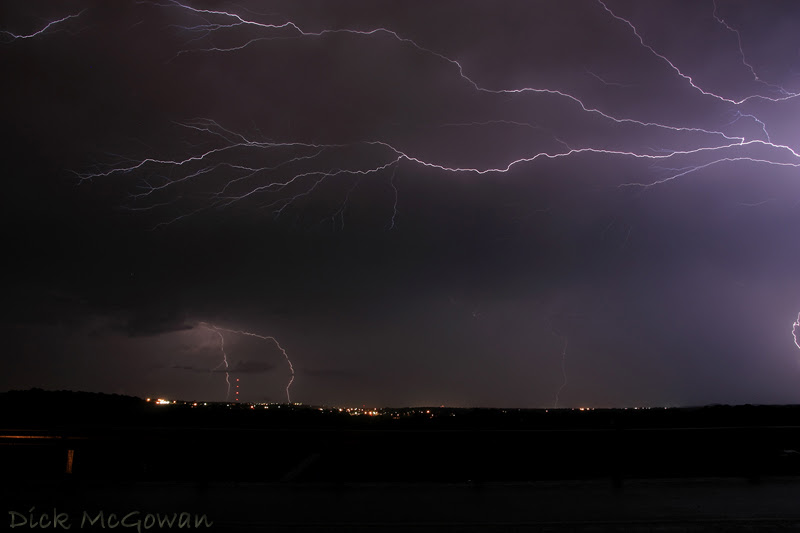 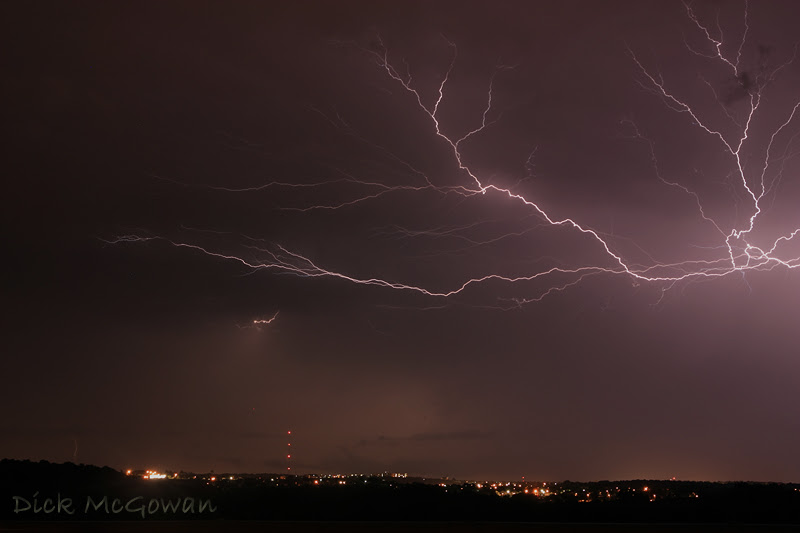 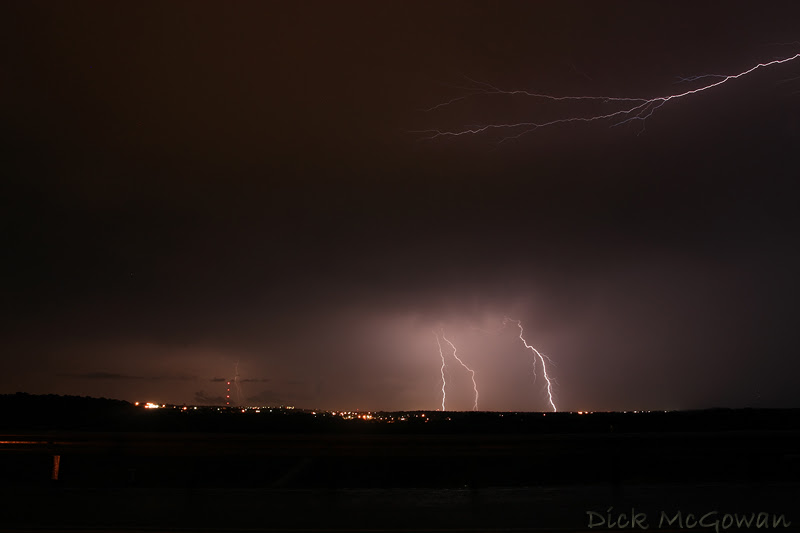 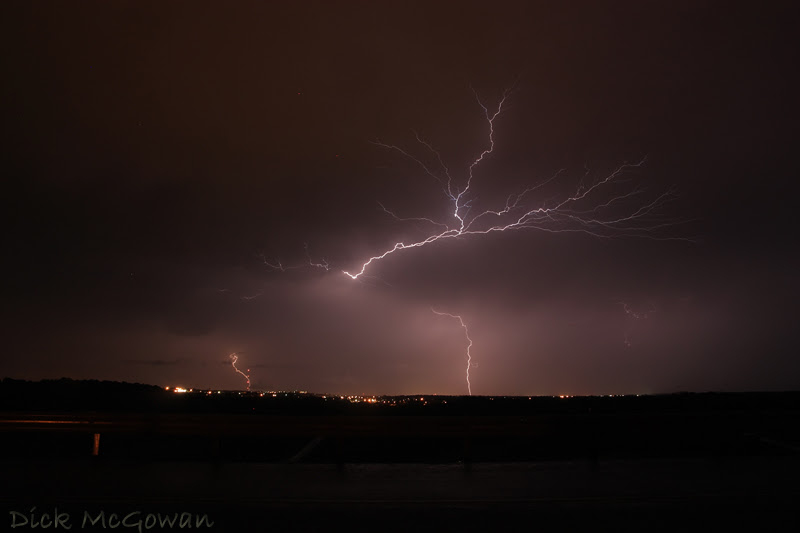 I handheld this one and got lucky: 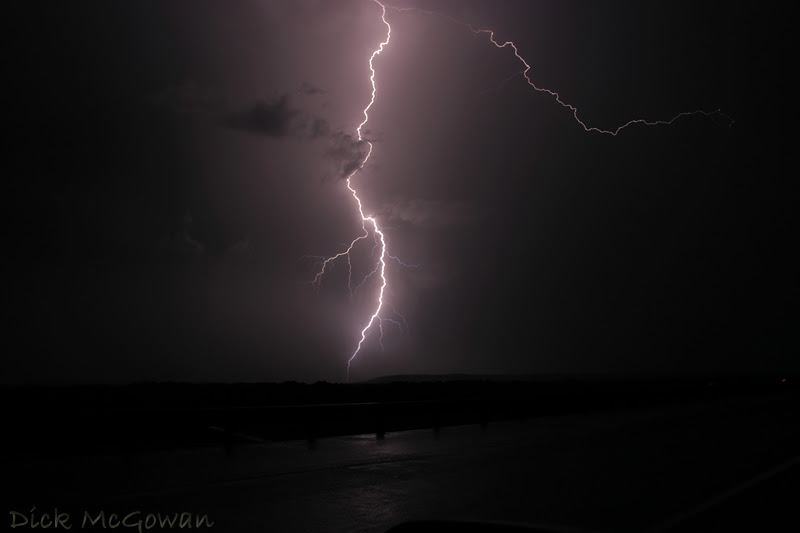 I've been doing a lot of fishing lately with luck from time to time and have decided I need a boat badly. I plan on purchasing one over the winter hopefully to use in the early spring and for summer (obviously not much between April, May and June ;) ).

There's not much hope for severe weather in the next 10 days either as the current long range models are showing. I'm pretty anti-hurricane as the eye candy appeal isn't as great as it is with supercells. I could careless to chase one any time soon or even learn more about them. Wind...lots of wind...for hours isn't my cup of tea. If I wanted to experience that, I'd drive into squall lines more often! It seems as though hurricane chasing is more of a survival-of-the-fittest among those who chase them. Yawn. Just give me a slow-moving, striated supercell in Western Kansas on any day and I'll take that over a Cat 5 cane over New York City.
Written poorly by: DM at Monday, August 24, 2009 7 comments: Links to this post

A friend and I went fishing a couple of nights ago on the evening the Perseid Meteor shower peak was supposed to happen (August 11-12). I caught 8 catfish, he caught zero :). Anyways, couldn't really see any near the Spring Hill lake we were at and left there about 11 p.m. and headed back out at 12 a.m. for the "big show" on top of the dam at Melvern Lake about an hour SW of here. One has to get away from the light pollution in major metro areas for the best viewing. So that looked like an ideal spot to view them and for the most part was. Unfortunately, a half moon rose around 10, and really killed the potential for seeing really bright ones.

Nevertheless, I caught 5 on the camera, shooting at 1600 ISO (800 wouldn't show up) at f/2.8. I tried 1600 ISO at f/4 on the old XT with the Sigma 10-20 lens and caught nothing. It was super nice out, light breeze, 70 degrees, no clouds, only a moon that destroyed some great meteor potential and forced me to shoot shorter exposures while loading up my 4 gig SD card quickly. The Xsi battery died after about 3 hours of shooting, so I had to switch to the XT for about 45 minutes (I'm never prepared lol).

Just before dawn, I was setting up for the northern horizon because I knew it would be sweet to get one with some morning light in it. As I was setting up, Derek yelled to look up and an earth grazer shot clear across the sky from the NW to where it ended in the NE. It was the best one of the night, figures.

And last night, I was outside for maybe 20 minutes and saw at least 5 incredible, fireballs from the city, which were brighter than most I saw the night before. According to others, last night was much better for viewing the Perseids. Sigh. Maybe next year I'll be more prepared and try to choose a better location with something cooler for the foreground. Here are a few shots from 1 a.m. - 5:30 a.m. on August 12th. 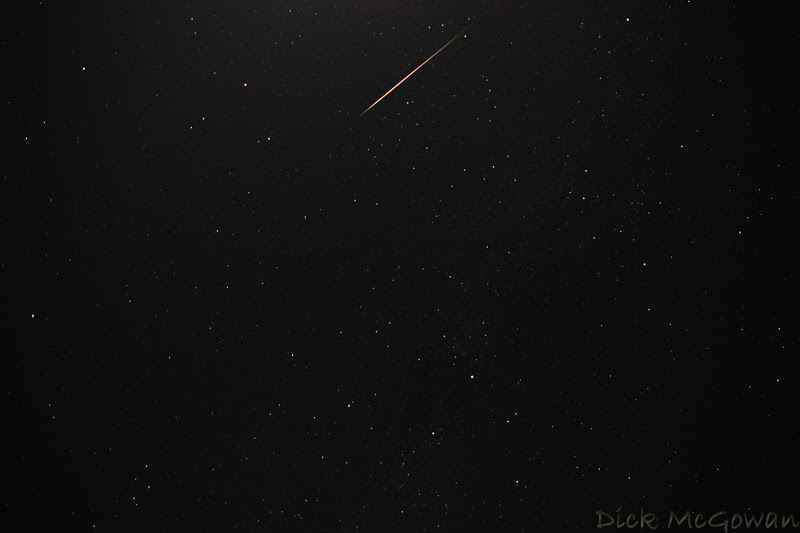 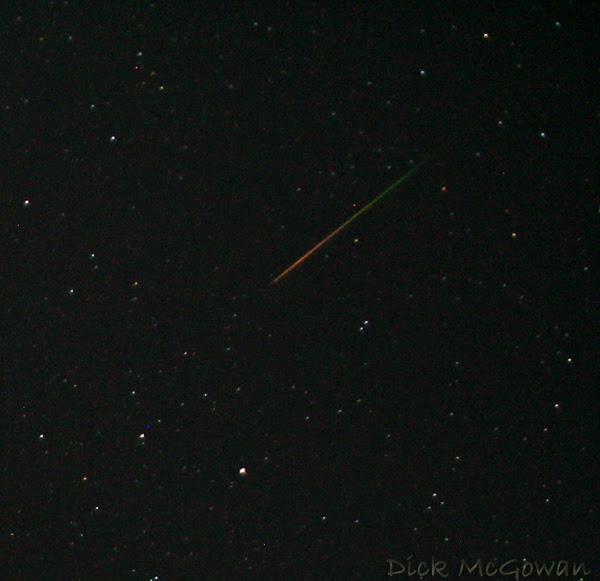 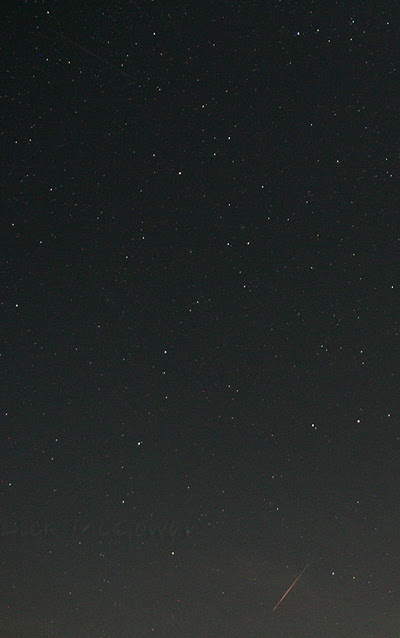 Our viewing area from the dam: 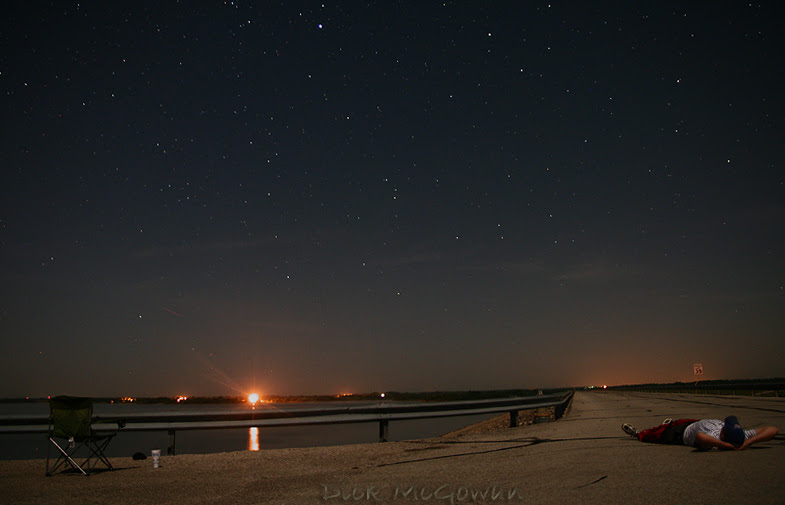 I shot some decent lightning photos around midnight on the 10th that I'll be adding onto here sometime in the next week or so.
Written poorly by: DM at Thursday, August 13, 2009 3 comments: Links to this post 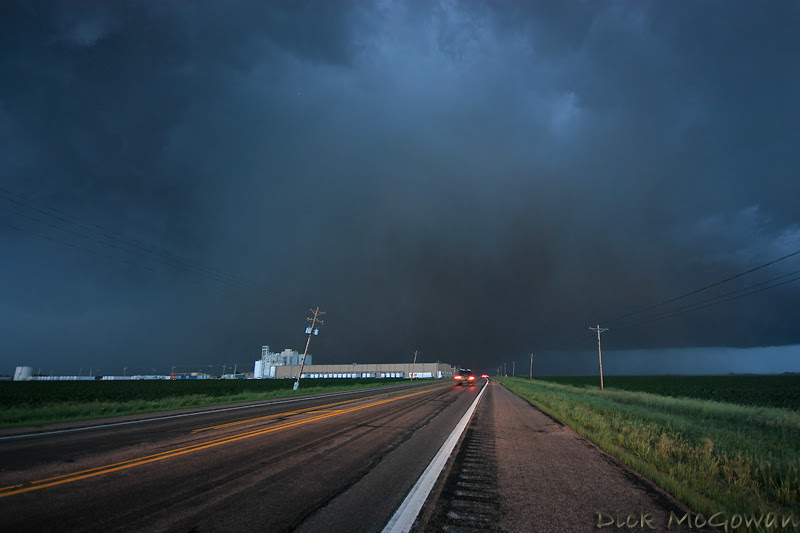 Taken just west the Iams pet food plant (which was partially hit by the tornado) just west of Aurora, Nebraska on June 17th. The tornado slowly wraps in rain as it ropes out in front of us, and is shot at 10 mm. It still is mind-blowing of all of the chasers on this tornado on Spotter Network alone, yet only Jeff Snyder and ourselves reported it via it (we reported it twice). Makes you wonder why anyone uses this program other than, "Look at me guys, I'm on Spotter Network!"

Then April 26th, Roll/Crawford, Oklahoma tornadoes in HD is below (click on the HD button). I've been slowly working on a DVD that should be available sometime by the first of October of this year's chases, plus Greensburg tornado in 2007, Quinter, Manhattan tornadoes in 2008 and other dates that aren't coming to mind at the moment.