It's been awhile since I've posted! I don't have much to say other than I was in Los Angeles in late October with TVN while they did their promotional tour. We had a blast! It's almost winter time, so hibernating is probably what I'll be doing until spring. I'll occasionally post some photos of this year, if I have time. This blog will eventually be dead whenever we get the new website up.

Below is a photo I shot of a beautiful supercell in Eastern Colorado on June 10th of this year. (If you look closely in the foreground, you'll see Robert Seaman filming for the Storm Chasers show) This is why I chase.

Edit: The Facebook link on the right doesn't work right now......I've temporarily deactivated my account until the first chase of the season. 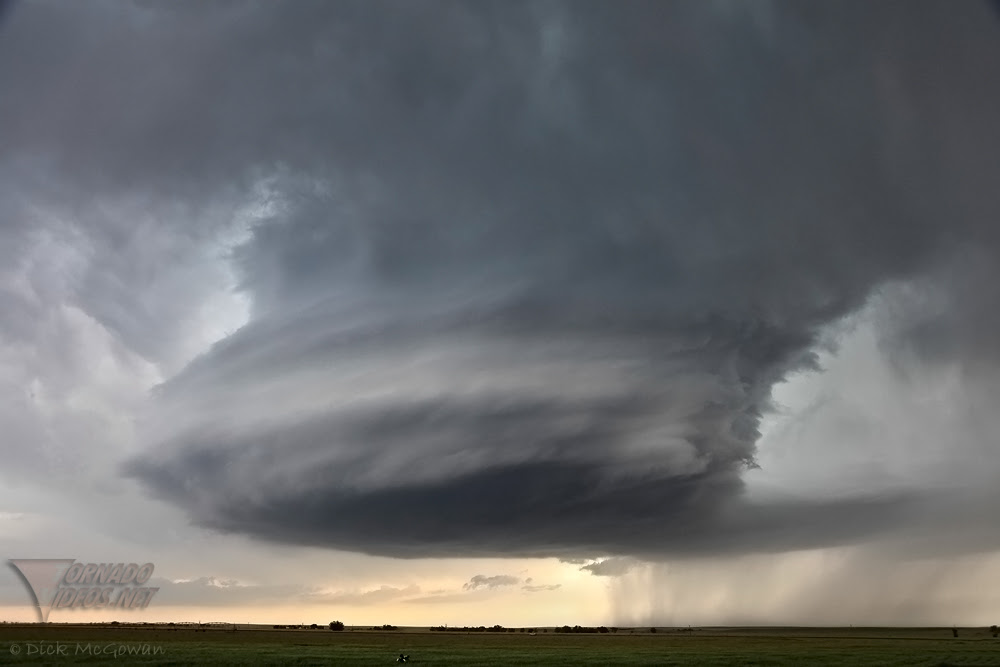 I'm not the greatest videographer, but here's the September 15th Video I shot with the 5D Mark II of the hail storm in Goddard, Kansas. Listen at 1:05-1:07 as you can hear a stone whizzing through the air before it impacts. I'm beginning to think around 8 inches is all the world will ever be able to successfully measure as larger stones will not be able to hold as they impact, unless the ground is saturated and can absorb them somehow. There were stones >8 inches.....probably a 10" one somewhere that day, but for now 7.75 inches is where the Kansas state record hail stone will stand!

See my previous blog post for pictures of this storm after the video!
Written poorly by: DM at Saturday, October 02, 2010 No comments: